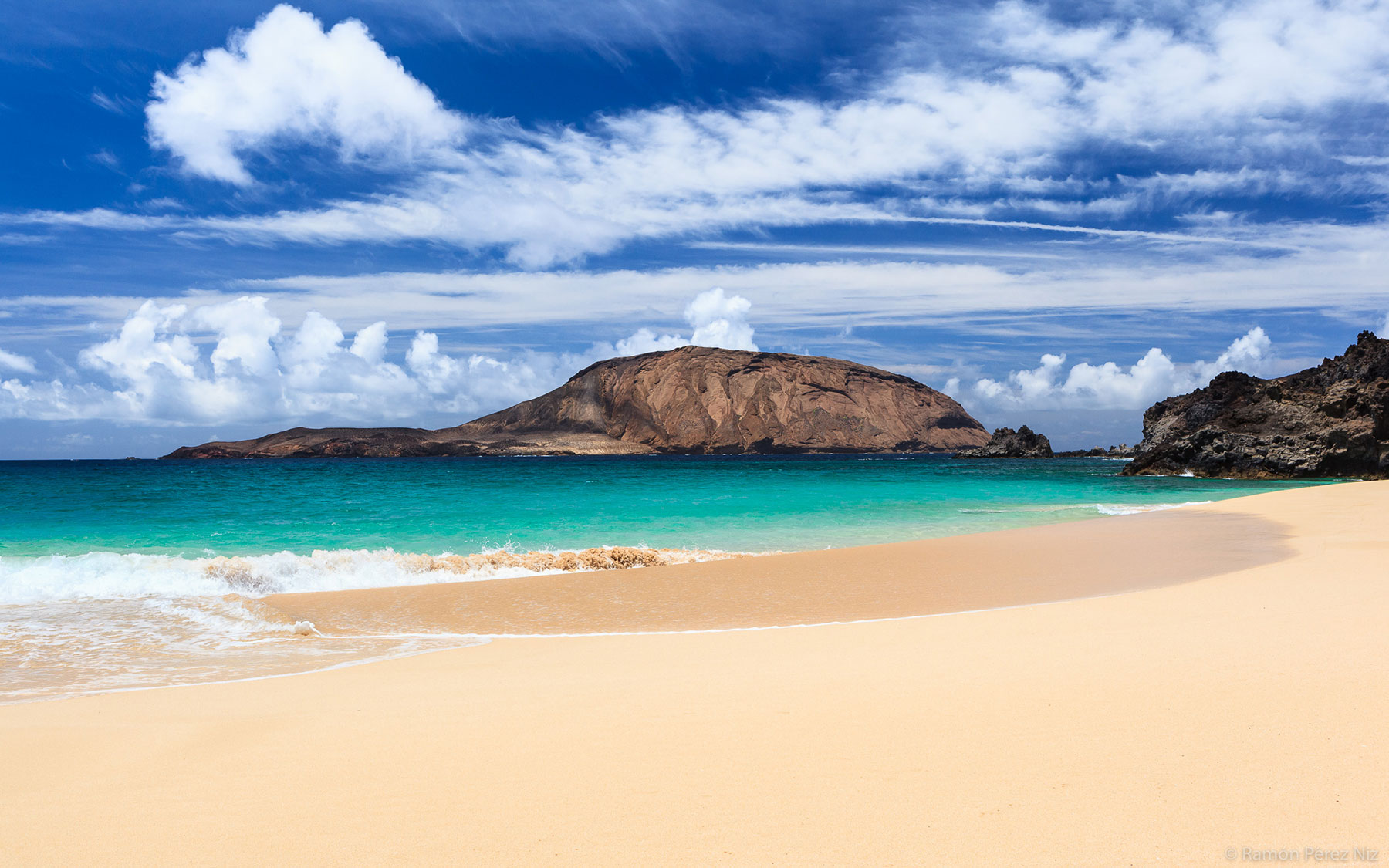 If we speak of golden sand, virgin territories, turquoise waters, and amazing views, you might think of a beach in the Caribbean, but no. All this can be found in the Canary Islands, more specifically, in La Graciosa.

The heavenly beach of Las Conchas is located in the North of La Graciosa, the smallest of the Canary Islands and, the biggest of the Chinijo Archipelago, at the same time. It is a natural beach with white sand, turquoise waters, and a view of its uninhabited neighboring islands: Montaña Clara and Alegranza.

A well-preserved beach which is 600 meters large and quite extensive that will allow you to turn it into a filming set without any problems. Also, the contrast of the blue colors of the sea and the white color of the waves once they break on the shore, the golden sun or the reddish tones of the Bermeja Mountain offer a swaddling scenario for your audio-visual production. 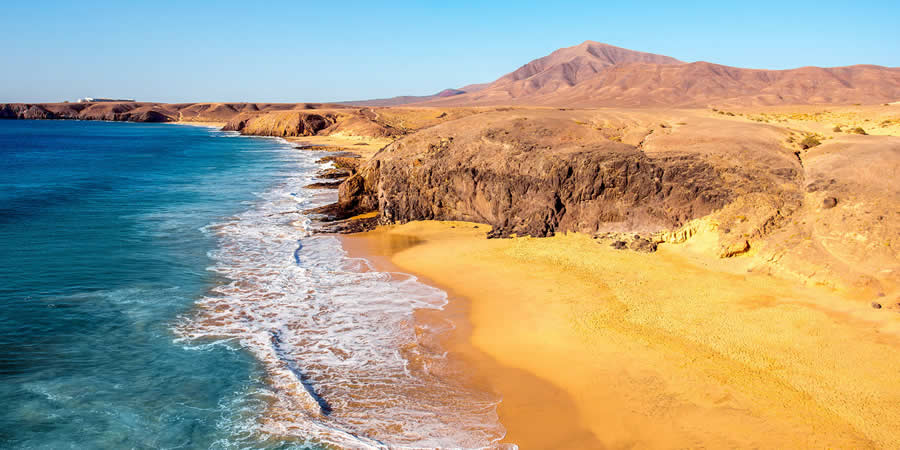 There is a virgin area of extreme nature in the Natural Park of Ajaches, where the wild beach of Papagayo can be found. This beach is situated in the South of Lanzarote and stands out for its thin golden sand and waters so transparent that they acquire an intense emerald color most of the time.

Among the numerous reasons to use Papagayo as a filming set, one of them is its location. There’s a view of the isle of Lobos and Fuerteventura, and it is situated in a place protected from the wind and in a coastline, which includes seven bays and sandbanks. This allows you to have a great variety of landscapes just a few steps away.

This beach, as it happens with Las Conchas Beach, is not overcrowded and there are no restaurants or sunbeds near it. There is just a small picturesque beach bar with a view of the Atlantic Ocean and the low mountains of Lanzarote. 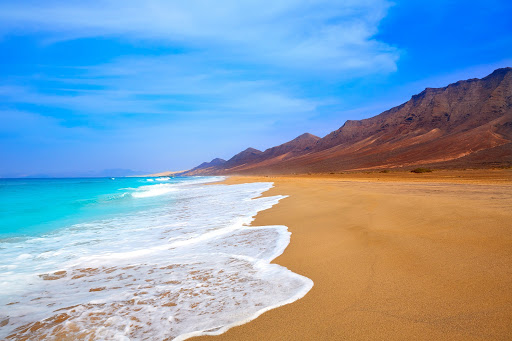 Among the wildest beaches to film in the Canary Islands, Cofete is the most famous virgin beach. This beach is situated at the extreme South of Fuerteventura, in the Jandía peninsula. This place is impressive for its great dimensions as for the wild nature that surrounds it.

All 13 kilometers of beach are surrounded by the rocky massif of Jandia, the highest mountains of Fuerteventura. Its strong tide and distance from urban areas; the contrast of a rocky mountain and the vastness of the ocean make it a thrilling area, out of this world. 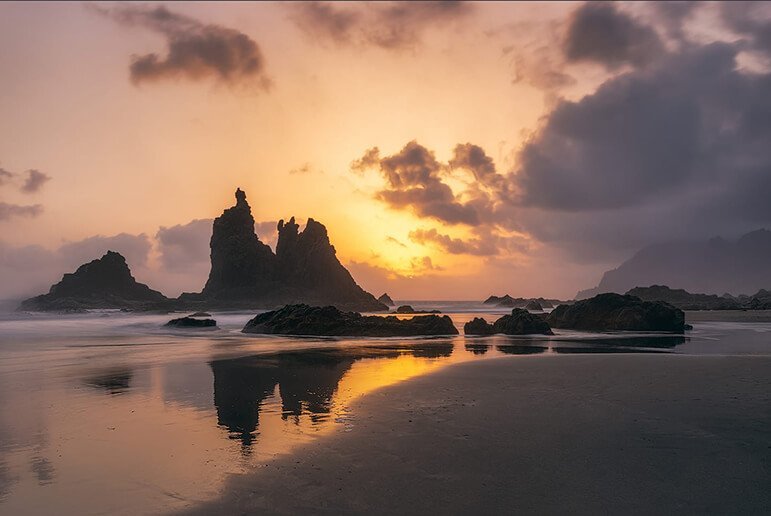 Benijo beach is located in the North of Tenerife and offers a completely different landscape to the ones we have seen so far. This is a wild beach in its pure form, with a strong tide, black sand, and a privileged view of Roques de Anaga.

We recommend using this location, specially during dusk for the effect produced by the red tide in the horizon and the silhouettes of the volcanic rocks emerging from the ocean. Also, as part of the charming there is its low occupation. This beach has limited tourism presence, it was no sunbed or beach umbrella service or anything like that; this makes it a comfortable and versatile place to carry out your audio-visual production. 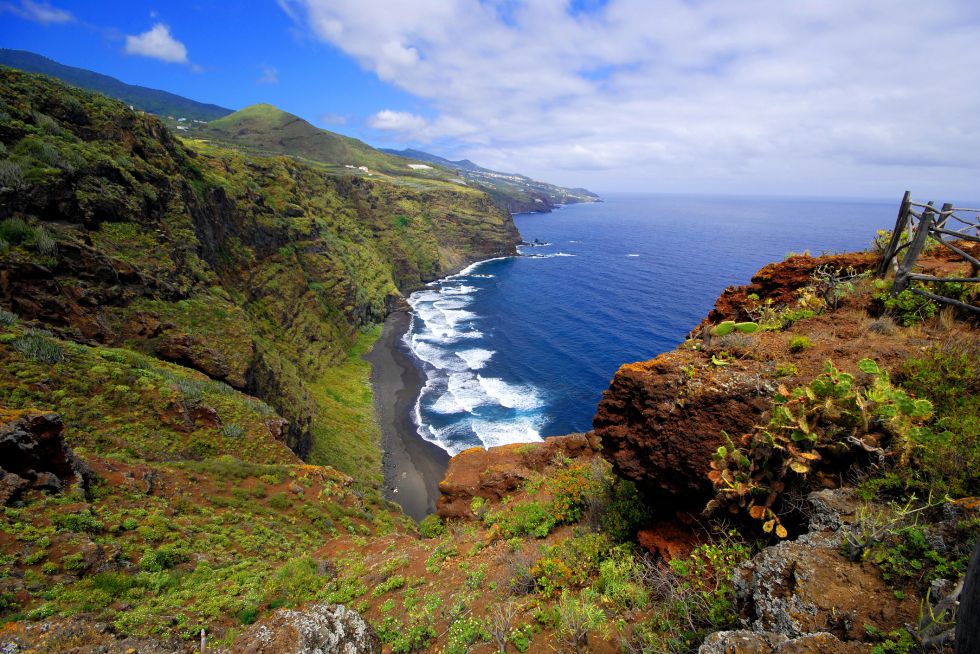 Nogales beach is the hidden secret of La Palma. Here you won’t find white sand or turquoise waters, what you will find is an idyllic location: a beach with black rough sand and a cliff covered by a green layer which contrasts with the blue of the Atlantic.

Nogales is a wild beach far away from civilization, which is easy to access through a 500-meter-long path and there’s even a parking lot, that’s why you’ll have no problems to transport all the materials necessary to film. In this case, the isolated condition of the beach is more of an advantage than a disadvantage. 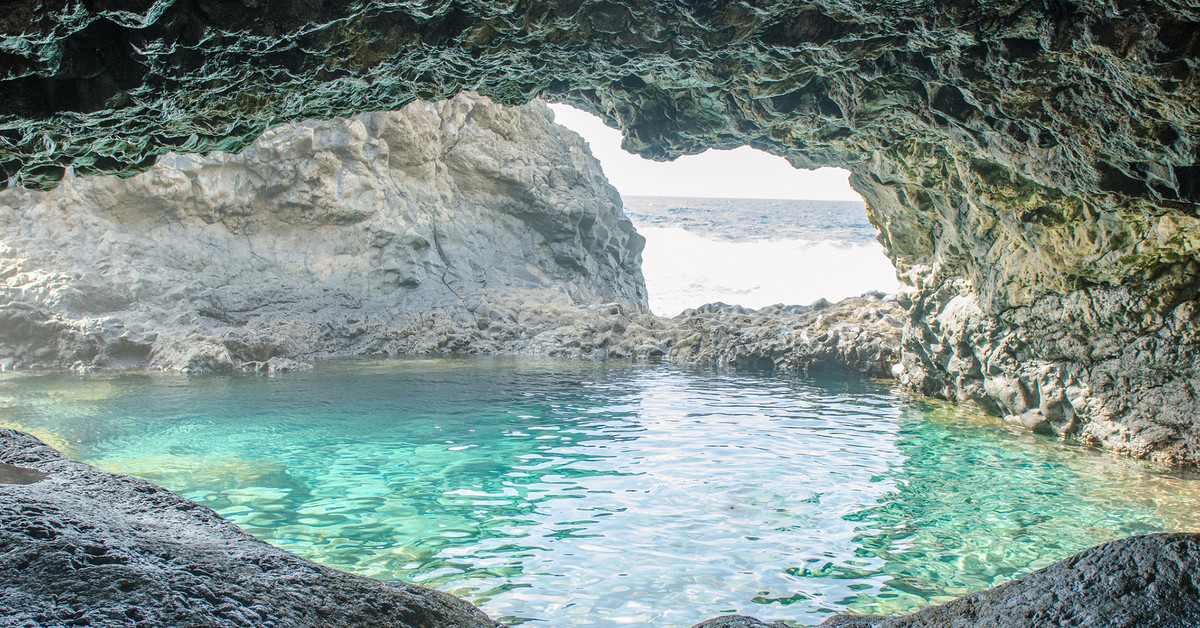 Although this is not a common beach, it is still worth mentioning Charco Azul in El Hierro at the end of this review of the virgin coasts of the Canary Islands. Even though this space seems like it has been custom designed, it is a creation of nature which will leave you amazed.

Thanks to the shape of the lava once it had reached the coast when the island was created and after the erosion caused by the tide, an amazing natural swimming pool was created. Its turquoise water and the surrounding sound of the sea, in combination with the whimsical shape of the solidified lava, make it a magical place worthy of any Hollywood movie.