The Canary Islands is one of the best places in the world to film due to its tax benefits, great weather and hundreds of diverse localizations nearby. Below, you will find a guide which gathers the main permits to film in the Canary Islands and how to obtain them.

Even though you could manage this by yourself, the process of application and required documents for the different institutions in the islands can be tedious and take a lot of time. In order to avoid any troubles, we recommend the option of hiring a local service production company which already has the filming permits required by the Island Councils for the filming in protected natural spaces and by the General Directorate of Coastal Areas to film on the different beaches of the Canary Islands. Also, the local production company will provide you with a team and will manage the different AESA permits to fly drones, from the different councils to film in the streets of the different villages and cities, permits for traffic management and anything your production needs.

Tenerife is the largest of the Canary Islands. There you can find El Teide, a 3718 meters’ tall volcano which is also the highest peak in Spain. Moreover, Tenerife has 321 kilometres of beaches, two international airports and a 48% of protected natural spaces.

In order to film at El Teide National Park, it is necessary to apply for a permit to the administration of the park at least 15 working days prior to the start of the film. Also, as a production company you will have to make a deposit of between 300 to 3.000 euros which will be returned at the end of the filming process. To facilitate the processing of the permit and the deposit, we recommend that you contact a local production company which is registered for third parties, this will facilitate the selection process of localizations as well as the payment of the deposit.

In the case of other natural spaces, it is compulsory to ask for a permit to the Environmental and Landscape Area at least 10 working days prior to the start of the film.

Another interesting location in Tenerife is the Adán Martín Auditorium. This infrastructure has copyright; this is why in order to use it you will also need to apply for a permit via email. Rates can be of 1500€ up to 3000€ and you can get a 20% off for local production companies.

The largest Island in the Archipelago has hundreds of different locations. To learn more about how to film on those costs, roads, villages and airports and how to manage permits, visit Tenerife Film Commission.

In the case of the filming of costs and beaches of La Palma, an Application for Seasonal Services must be submitted together with a deposit which will be returned at the end of the process, the payment of the corresponding fees must be paid. By hiring a local production company which already holds these coastal permits you will save a lot of time on the process.

Some of the most interesting locations in La Palma are La Caldera de Taburiente National Park and Roque de Los Muchachos Observatory. In order to use the National Park as your stage you’ll need to ask for a permit to the park administration directly. You’ll also need to make a deposit of between 300 and 3000 euros; this fee will be returned once the filming process has ended and if the park has not suffered any damages.

On the other hand, Roque de Los Muchachos Observatory is an international reference which has the most complete set of telescopes in the whole world. In order to film both the interior and exterior spaces of the Observatory you’ll have to check the general rules and fill in an application form.

To access the different links to the application forms and to learn more about other permits to film in this island click here. 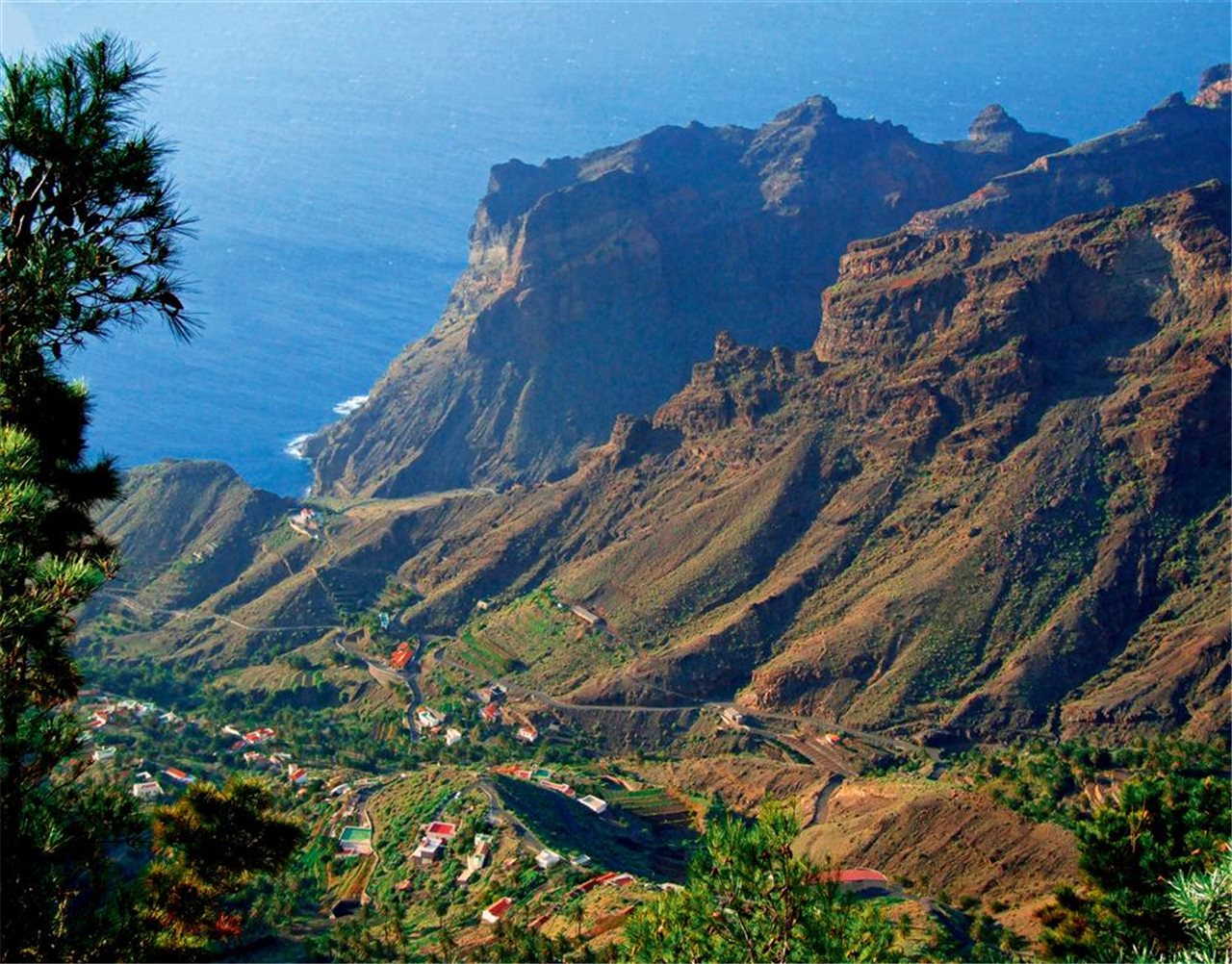 La Gomera is a small island which is only 30 kilometres away from Tenerife. Since 2011, it is considered to be Biosphere Reserve and its Garajonay National Park is a world heritage site. In order to process any permits to film in La Gomera you need to download the following application form at La Gomera Film Commission and send it by email. 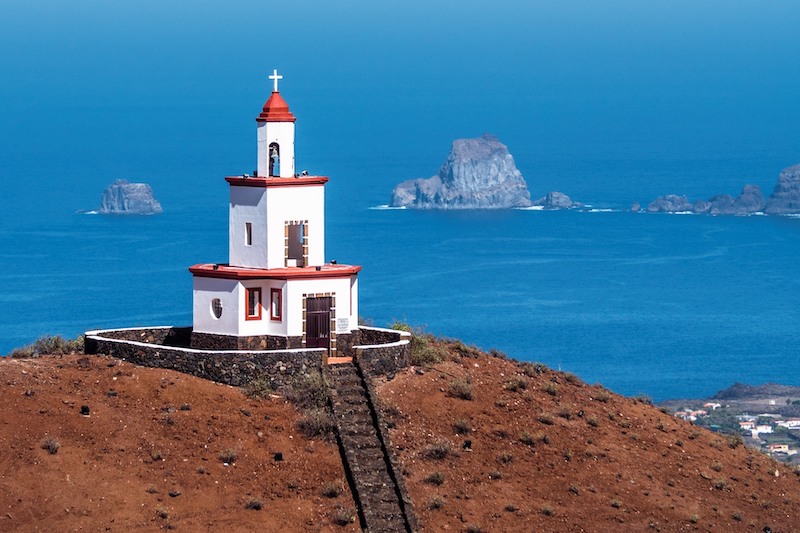 To film natural spaces, two more permits must be requested at least 1 month in advance. To do so, you must contact the Department of Environment and the Department of Infrastructures, Maintenance, Works and Roads.

If you want to know the steps you have to follow to film at emblematic buildings roads, ports and airports from El Hierro, click here. 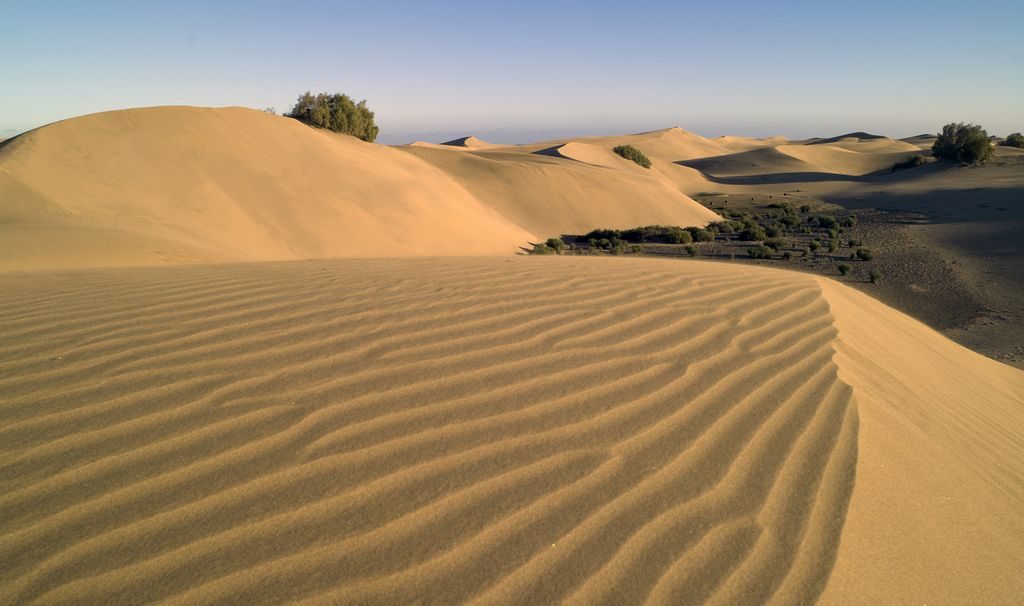 Gran Canaria is known as a “miniature continent” for its diverse landscapes, 236 kilometres of coast and a wide natural heritage. The process you must follow to film in the coasts of the island starts with the submission of an authorization from the Peripheral Coasts Service and submitting two paper copies and a digital copy of the basic project. Preferably, the permit should be asked for at least two months prior to the start of the activity because the autonomous organizations must revise the form. We recommend that you submit as much information as possible regarding your project and the exact place you want to be authorized to access to, by doing so you’ll speed up the whole process.

In Gran Canaria there are numerous protected natural spaces, that’s why in order to access them you will need an authorization from the Environmental Department of the Canary Islands Government. In this case, applications to film in the different locations which are protected natural areas must show all the details of the filming process (date, duration, equipment, exact place, number of people…) and hand it in onsite or electronically through the digital office of the Environmental Department.

Other permits to film roads, museums, cultural centres and the airport must be obtained in order to shoot in this island. Here you have the link to access all the information and details. 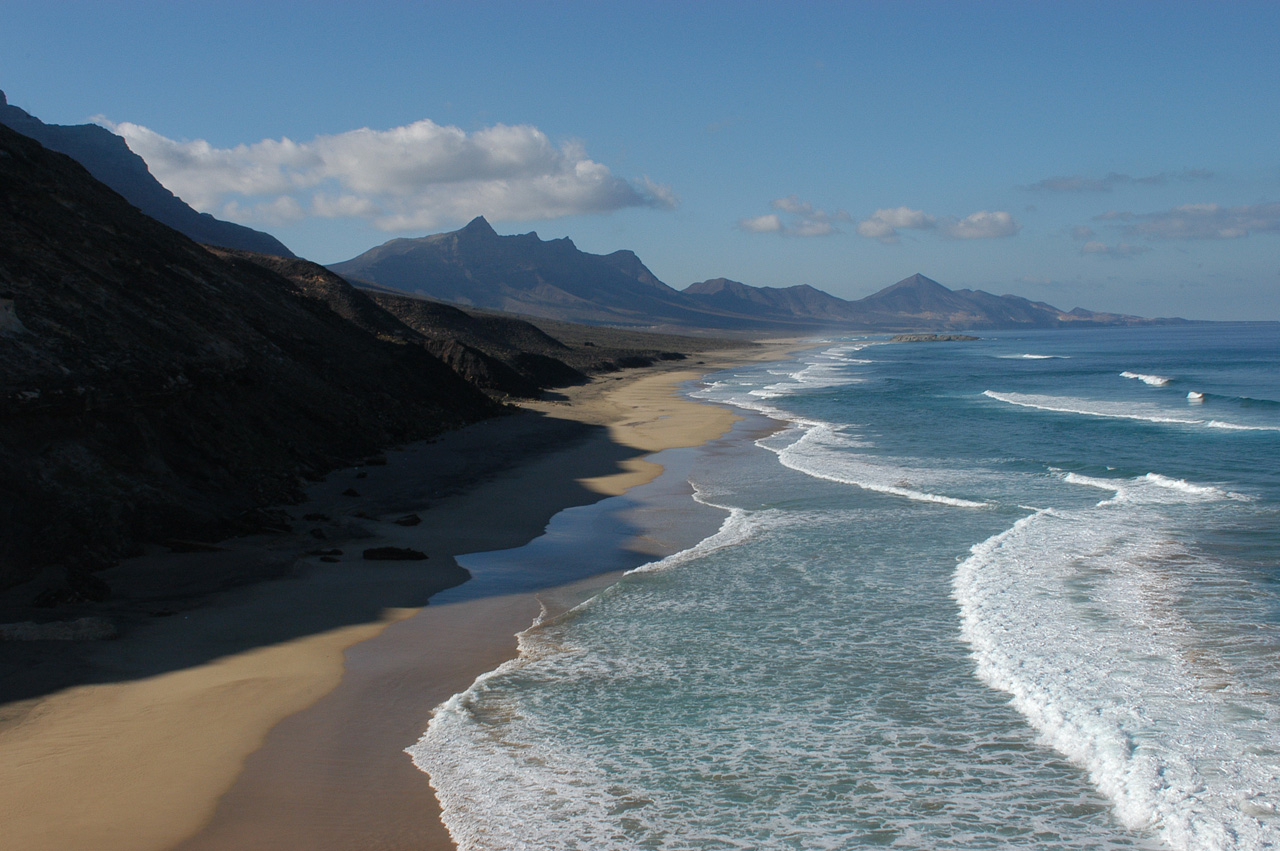 With its 150 kilometres of white sand beaches, Fuerteventura will make you feel as if you were at the Caribbean. It has an average temperature of 22 degrees throughout the whole year and more than 4.800 hours of light in a year so, you can make the most of your shooting time. The only thing you need in order to bring your production to Fuerteventura is an authorization from the municipality where you are planning to shoot, a report of the environmental compatibility if the place is a protected natural area, and an authorization from the General Direction of Traffic if you need to film on a specific road. In this link you will find information about the arrangements you must make in order to obtain the permits you need to shoot in Fuerteventura. 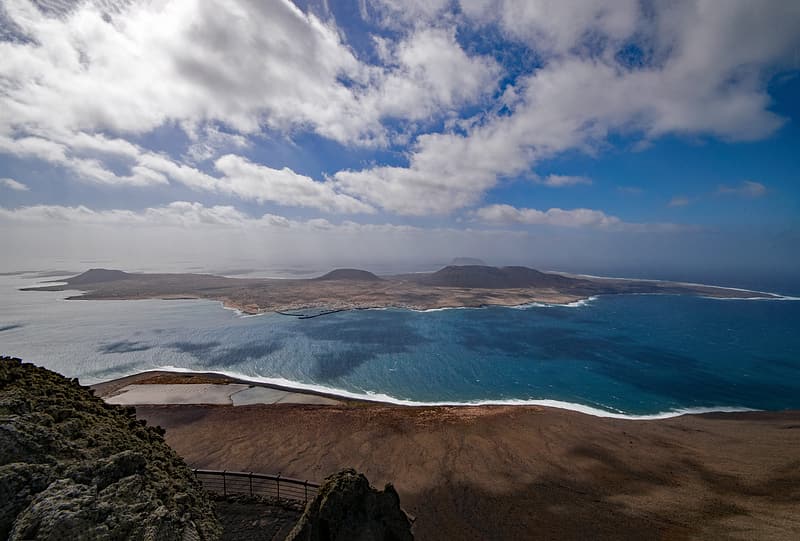 The island of Lanzarote offers volcanic landscapes, black and white sand beaches, cliffs and villages which make a very attractive shooting stage. Also, you’ll be surprised to know that in the North of the island there is El Río, a channel with a length of 1 kilometre aprox, which separates Lanzarote from La Graciosa, the smallest and least populated island of the Archipelago. This little island has just 29 square kilometres of surface and around 700 inhabitants.

To film in the coasts of Lanzarote and La Graciosa you will need to apply for an authorization from the Las Palmas Coasts Service and hand it in at the office of the Canary Islands Coast Demarcation. Once the activity has been authorized, you’ll also have to pay a deposit and the fees required by the Demarcation.

You need at least one month to apply for the required permits to carry out your professional activity in protected and natural spaces. Moreover, if you wish to film at the National Park of Timanfaya you will have to contact the park’s administration. You can check all the information about permits to film in Lanzarote and La Graciosa and access all the application forms and contact details in the website.

To know more about permits to film in the Canary Islands, contact us!