Restrictions due to the health crisis has motivated the audiovisual sector to reinvent itself after its complete stop during the lockdown months. Thus, a new creative alternative has emerged in the Canary Islands, remote filming, a new format that will allow you to reduce costs and maintain the quality of your productions. Do you want to learn more? Then keep on reading.

What is a remote shooting?

The remote filming solution is a new way to film and produce where neither the director nor the international team leaders have to be present during the filming process. Thus, the creative agency, the clients and the majority of the technical team can stay in their countries of origin and, at the same time carry out a shooting using indoor and outdoor venues in the Canary Islands. Professional equipment and services for the audiovisual sector can be hired locally, keeping the high quality of the production and complying with all sanitary protocols.


But, how does this format work?

Remote shootings are possible thanks to the new teleworking tools for videoconference, such as Zoom or Skype, which allow you to be present real-time during the filming process. Also, virtual reality has a fundamental role because it allows you to recreate the locations and sets from miles away, without having to travel to the Canary Islands. All of this is possible thanks to an infrastructure of cameras connected in a way that the whole team can control the filming process. 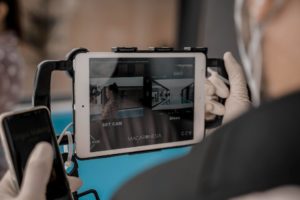 Moreover, the pre-production phase is key for remote shootings. With a series of virtual meetings, you will be able to coordinate each worker so that they know exactly what to do during the working days. Thus, the main job of the director is almost completed during this first phase and the rest of the job can be done in an office where you will have access to a setcam from where you can supervise the work of your team.

Although, like any other format, remote shootings can raise doubts regarding some technical issues such as the footage, the weight of the files or the bandwidth, but you will not have to worry about this. We can assure you, from previous experiences, that the production can be executed without any difficulties, using tools such as satellite connection or portable cases which offer 4G in rural areas with little signal. Also, this format keeps on improving each day with studies on how to upgrade the service through the use of the different technical resources such as the incorporation of 360º cameras or virtual reality (VR) goggles.

What are the advantages of remote filming in Canary Islands?

The best thing about this groundbreaking format is that it involves a significant reduction of costs. Travel expenses for the whole team, accommodation, catering… everything gets reduced to the minimum, thanks to the fact that only the key personnel will be on set. 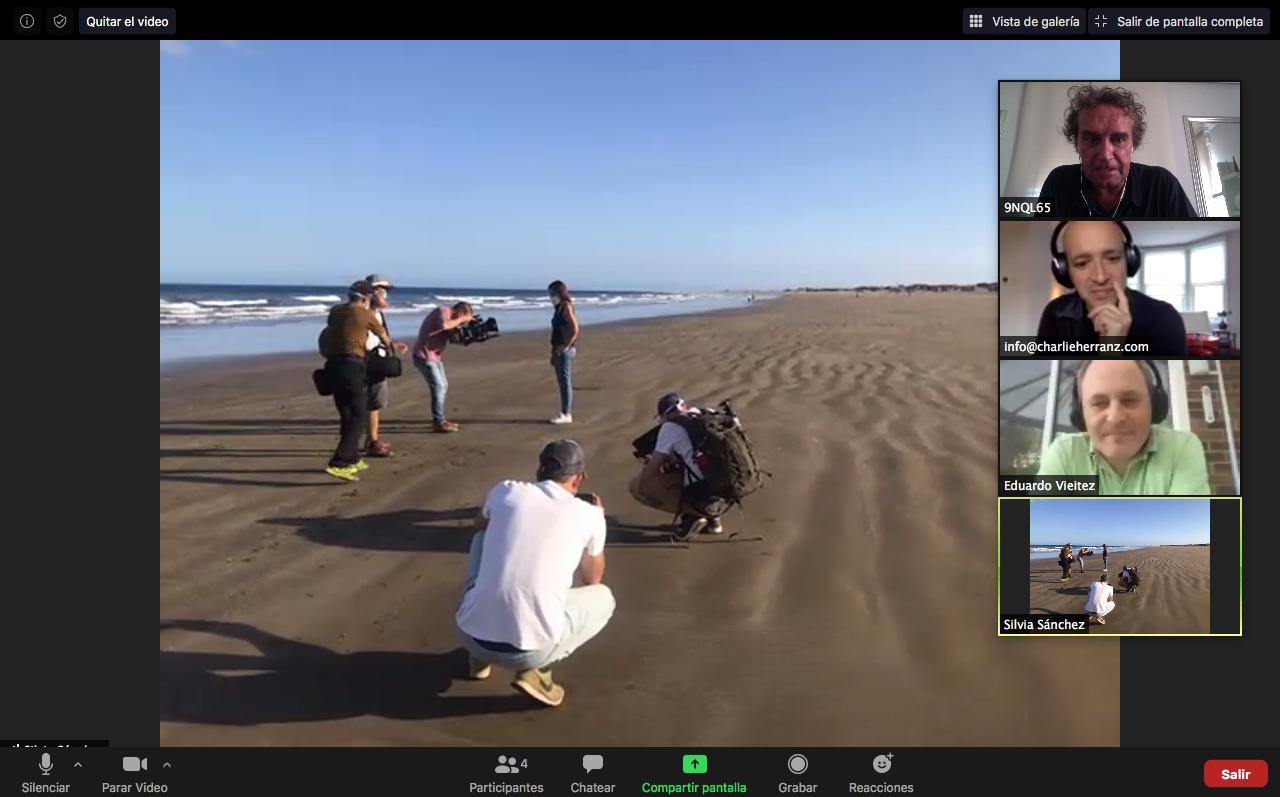 Saving money throughout the whole process will allow you to have the chance to redirect your inversion to more relevant factors for your production such as the improvement of the technical aspects or to hire actors. Also, you will be able to shoot anywhere in the world, without having to move from your office. You could have a snow-covered forest from Laponia and a heavenly beach from the Canary Islands in the same spot.

Due to the advantages above mentioned and the quality of the results, professionals of the audiovisual sector are starting to consider remote shootings as the new feasible format, as opposed to the traditional way.

Remote Filming in the Canary Islands

The Canary Islands has become the first remote filming lab in Spain. This new creative bet combines innovation, internationalization and both public and private collaborations to overcome the limitations imposed by the crisis of the Covid-19.


Our first experiences have proven that despite directing the project from anywhere in the globe, the Canary Islands has rich natural resources both material and human that allows you to delegate the task of executing any creative idea to local companies, especially within this circumstances that prevent our teams from moving to a specific location.

We encourage you to have a look at A thousand worlds, making of. In this video you will get an idea of how this format works and see how a promotional spot for a multinational was shot in Tenerife with 90% of the team formed by professionals from the Canary Islands.

You can also see the first spot produced on remote in Spain, filmed in Gran Canaria and directed from London. This is part of the promotional campaing for Gran Canaria Film Comission, to show the island as a destination for remote shootings. There you will get to know the vast potential of Gran Canaria as a filming set for remote shootings, always implementing the security and sanitary solutions necessary. This was filmed in six different locations in two days during the month of June. Also, the Clúster Audiovisual de Canarias colaborated and more tan twenty local companies from the audiovisual sector participated, these included Las Hormigas Negras Producciones. Moreover, local companies promoted different services such as catering, cleaning and disinfection, prevention of risk in the workplace, reusable masks supply and accommodation.


Thus, the Canary Islands adapts to the new circumstances we are facing due to Covid-19, using the experience and qualifications of their profesionals in audiovisual sector. The archipelago has become an irreplaceable asset for international productions due to its countless locations, competitive tax incentives and the ability to reinvent itself.