The Canary Islands is one of the most favorite destinations for audio-visual production companies around the world for various reasons, from its tax benefits to the hundreds of incredible locations. In today’s post, we will continue to show you every corner of the Archipelago, 5 remarkable locations to film in the Canary Islands which are also some of the most relevant architectural works in the islands. Do you want to know more? Keep on reading! 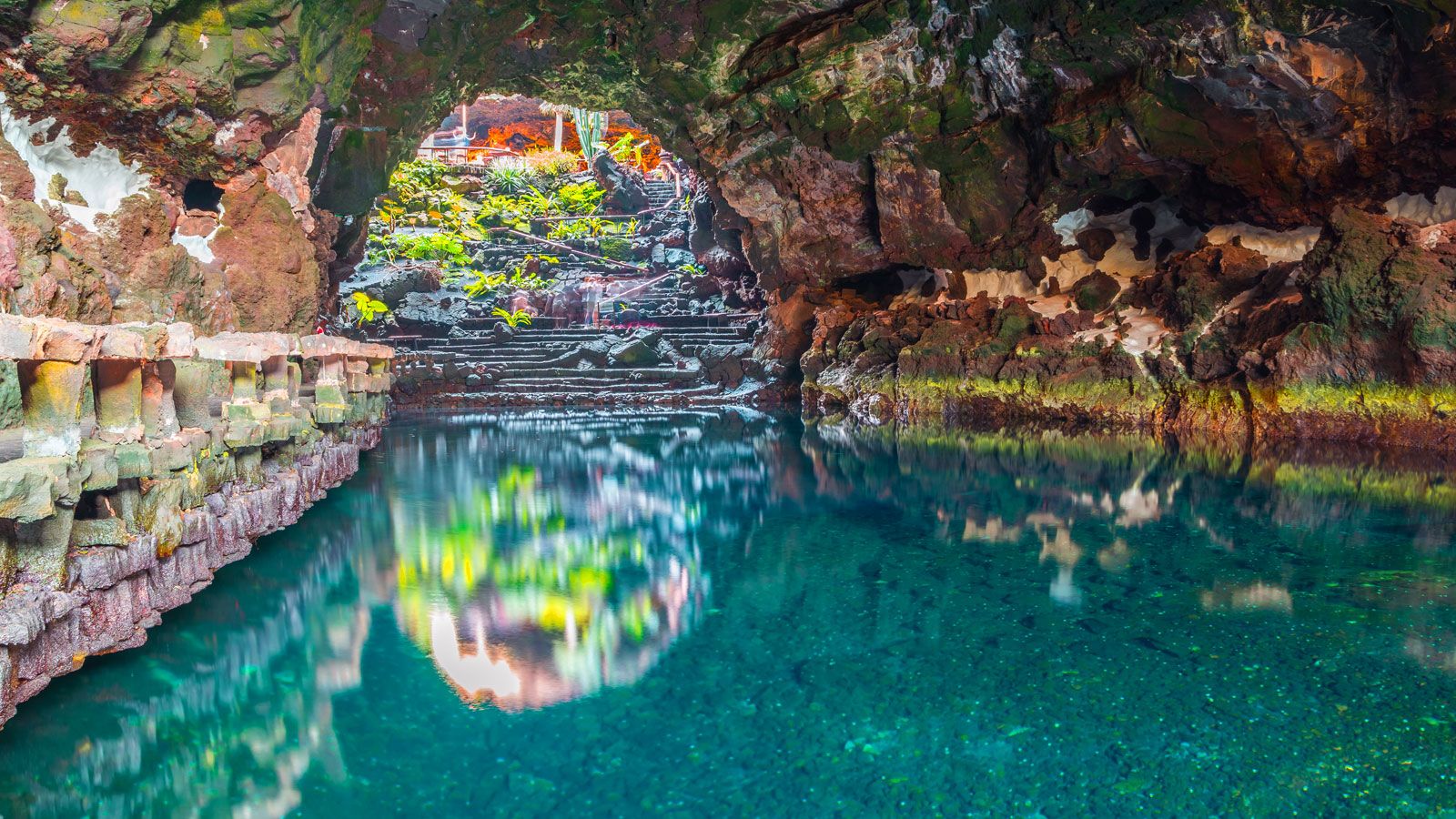 Jameos del Agua is located in the town of Haría, in Lanzarote. “Jameo” is an aboriginal word which refers to a natural cave that has been formed due to the collapsing of the roof of a volcanic lava tube. This place combines nature with the artistic creation of César Manrique, an architect and artist highly respected in the Canary Islands.

As this architectural creation is so close to the coast, there are leaks of water which have created natural lakes, turning this place into a unique location for an audio-visual shooting. Moreover, inside of this place there is a restaurant and a completely functional auditorium. This is a unique spot for its geological and acoustic characteristics.

Adán Martín Auditorium is located in Santa Cruz de Tenerife. This artwork by archeologist Santiago Calatrava leaves nobody indifferent for its composition, being like a vignette located between the sea and a mountain chain which forms the ancient Massif of Anaga.

Its great “ala volada” (blown wing), concrete and white trencadis (broken tile mosaics) turns it into one of the most attractive spaces in the city of Santa Cruz. Also, there are large modernist style spaces inside, full of curves which will impress you for its enormous silhouettes and complexity. Tenerife’s Auditorium is a highly requested space for audio-visual productions. We recommend that you learn about the permits you need to film in it. 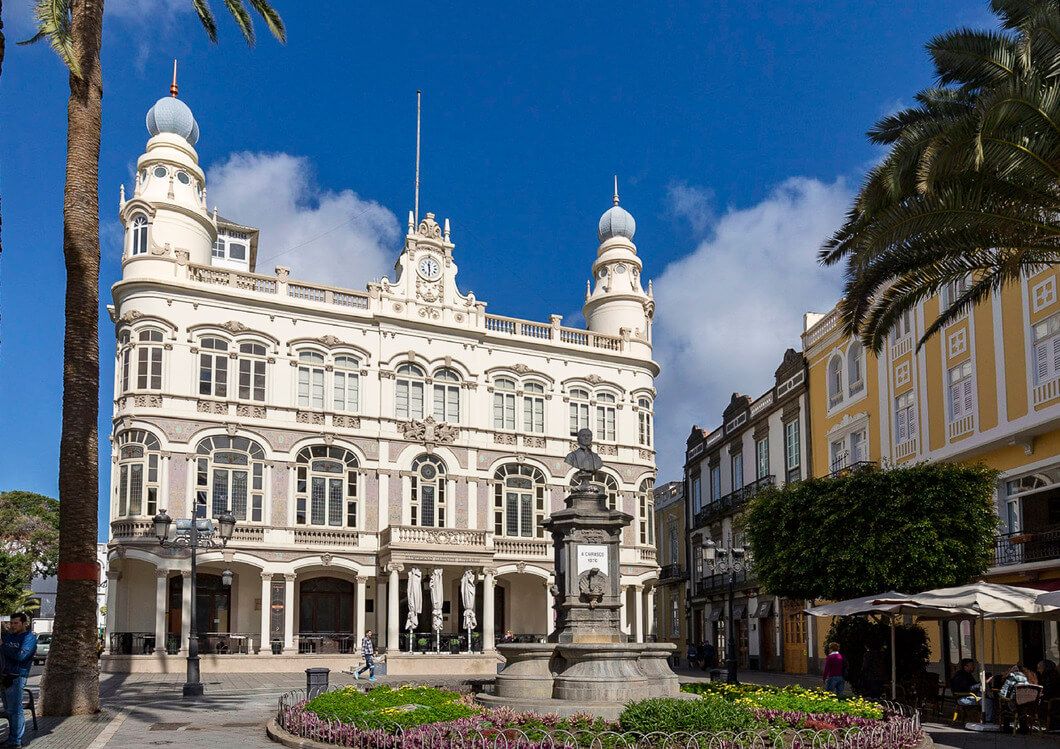 Do you remember Allied, the Hollywood movie filmed in the Canary Islands? If the answer is yes, you should know the Gabinete Literario (Literary Forum), a beautiful building which appears in the first few minutes of the movie. The scene was filmed in Alameda de Colón in Las Palmas de Gran Canaria.

The front of the Gabinete Literario is a reference point in the city, thanks to its wide and artistic windows and the two towers crowned by exotic domes. If the exterior of the building is one of the most beautiful ones in the city, the interior is as impressive. As you enter you find a huge parlor with modernist decorations and an elegant staircase which will remind you of a 19th century palace. This modern touch together with the works of art that cover the interior of the building are inherited from the Cairasco Theatre it once was. If walls could talk! 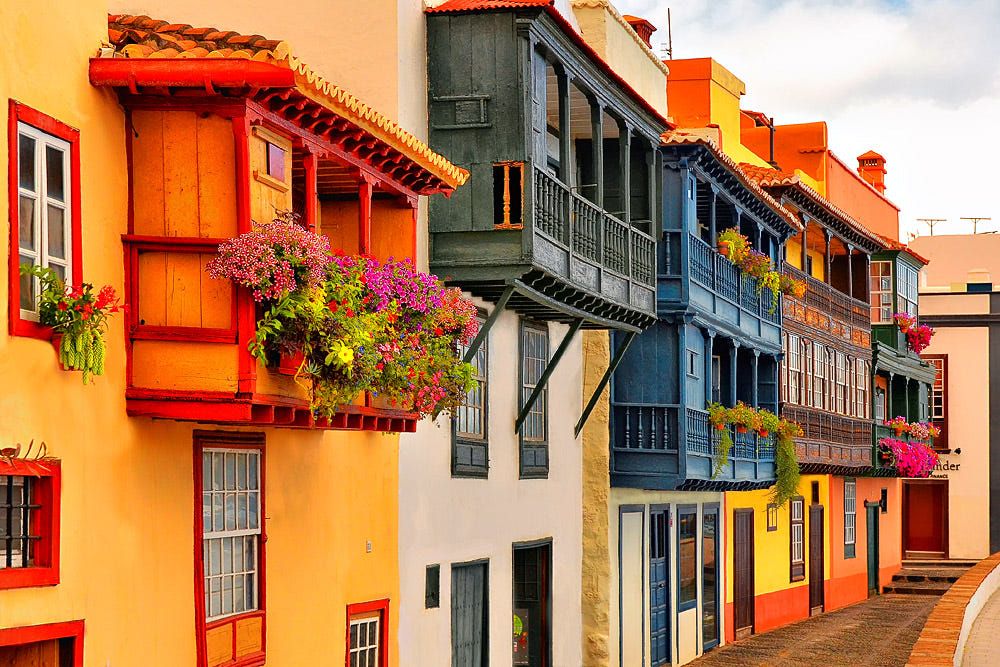 We could not miss this location in our review of the most special locations built by human beings in the Canary Islands. These picturesque double balconies are located at the Maritime Avenue in Santa Cruz de La Palma. They were built in the 19th century and are considered the best set of overhangs in the Canary Islands. The peculiarity remains in the attention it has got from sailors and travelers throughout the years because of the great variety of balconies to be found in such a small space.

The charm of this scenery comes from the union of doble balconies covered by Arabic lattices with vivid colors and tall, narrow houses built according to the Portuguese scheme. 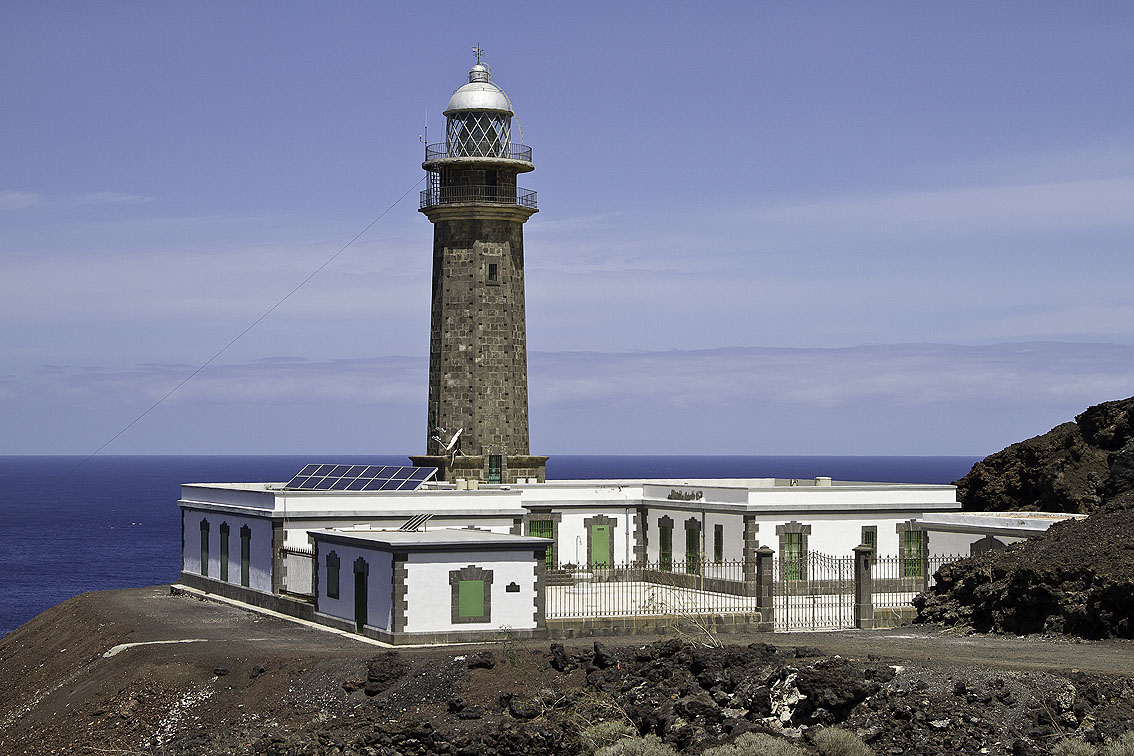 To finish, we present you Faro de Orchilla. It is situated in El Hierro and it is known as “the end of the world’s lighthouse”, because the West end of this island was, for centuries, believed to be the end of the known world. Moreover, as a fun fact you should know that this exact spot was named as the zero meridian before it was relocated at the English city of Greenwich in the 19th century.

Faro de Orchilla can be found on top of a cliff from where you can see the immense blue sea. Also, sunrises and sunsets in this part of the Canary Islands are considered the most beautiful ones in the Archipelago, that is why it is a fabulous location for a scene with a great environmental load. Certainly, this is one of those places you will want to use in your audio-visual works in the Canary Islands.

If you would like to know more locations to film in the Canary Islands, at Las Hormigas Negras we offer a location service for you to enjoy the landscapes and benefits that the islands offer as a “film friendly” destination. Have a look at other related posts in our blog!