The Canary Islands are called the “film-friendly destination” for the benefits both national and international production companies enjoy when they chose the archipelago as a filming set. The most competitive tax incentives in Europe join the great variety of locations separated by just a couple of minutes. In today’s post, we bring you some examples of places which are in the same island but could become a filming set for any type of audio-visual production. Keep on reading and learn about 8 locations to film in Tenerife! 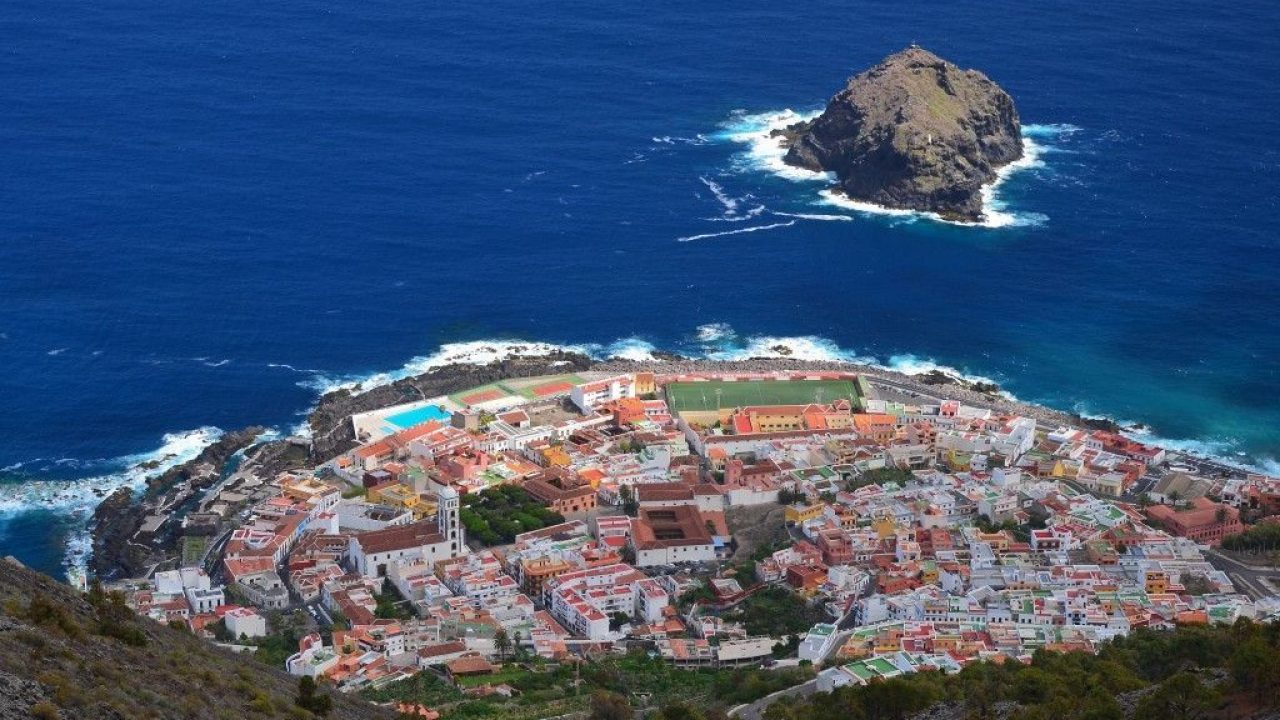 Garachico is a beautiful colonial village where many scenes from international successful productions such as Fast and Furious 6 or the twelfth season of Doctor Who were filmed.

It is located at Los Silos and Buenavista del Norte, in a region known as Isla Baja. The area received this name for being situated at an inferior level than the rest of adjacent communities.

Some of the highlights are the Ancient Convent of San Francisco, the Parish of Santa Ana, or the Fortress of San Miguel. Apart from its monuments and picturesque constructions what attracts one’s attention is the sea of banana trees at the frontier between Garachico and Icod de Los Vinos. 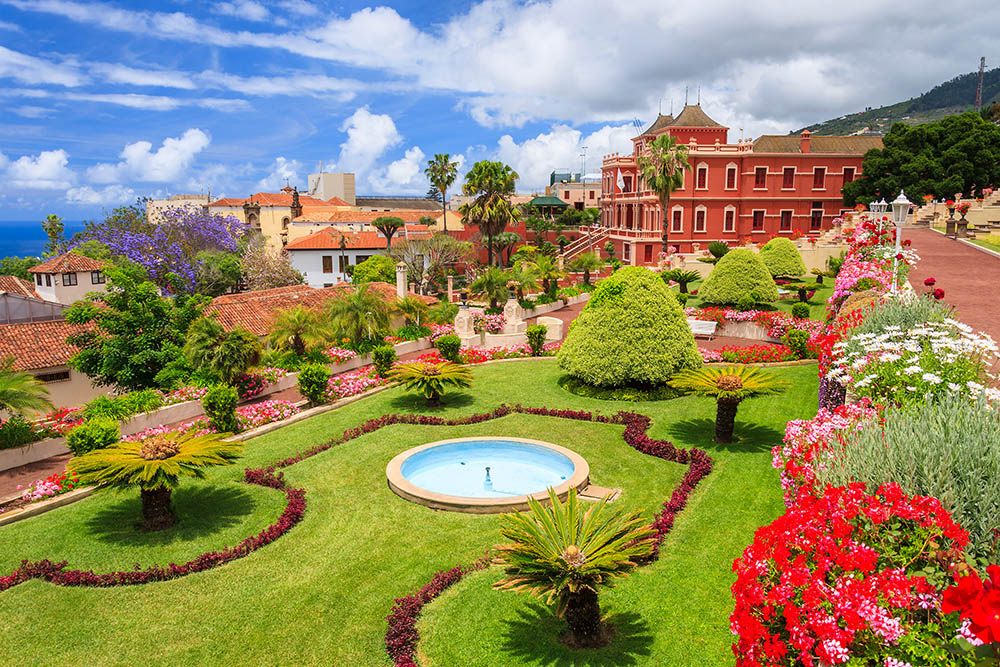 It is a Tenerife municipality, although it can still be confused with the colonial city of Cartagena de Indias. This village has been declared a historical and artistic collection and could be a filming set for any feature film set in the most exuberant, viceregal cities.

This municipality of 40.000 inhabitants stands out for its historic center and its Renaissance and Baroque churches. Moreover, the Tropical Garden of La Hijuela del Botánico and a great part of Teide National Park can be found in the municipality, which makes the perfect combination between architecture and nature. 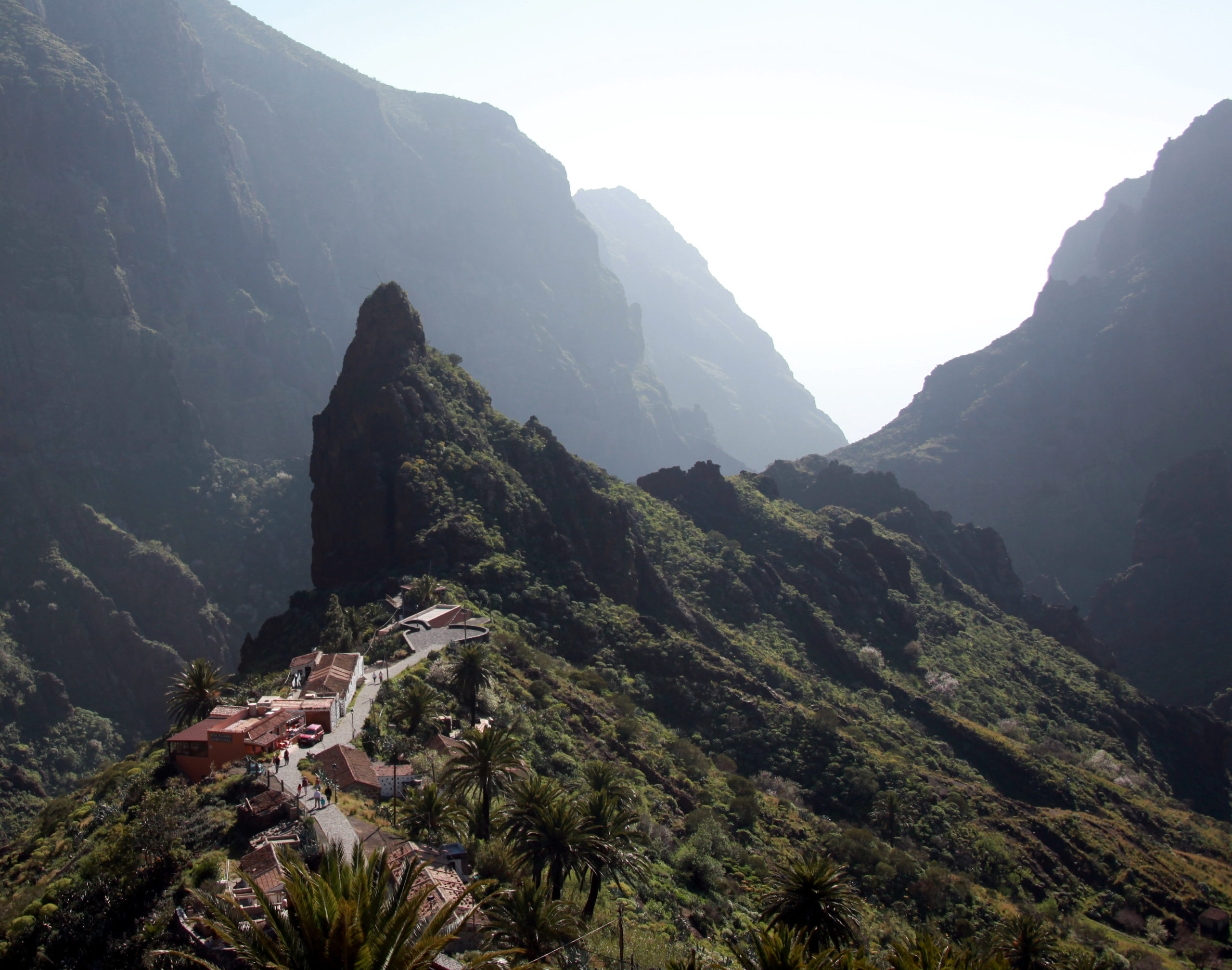 The little houses of Caserío de Masca line up over the ridge of the mountains. They practically occupy the whole habitable space, perched at the edge of the deepest ravine of the island.

The scenery does not go unnoticed. There are neat houses and stone alleys which are a vivid example of the rural architecture of Tenerife. Despite its small size, it hides numerous places such as the House of Los Avinculados, El Caserío or a little church from the XVIII century. 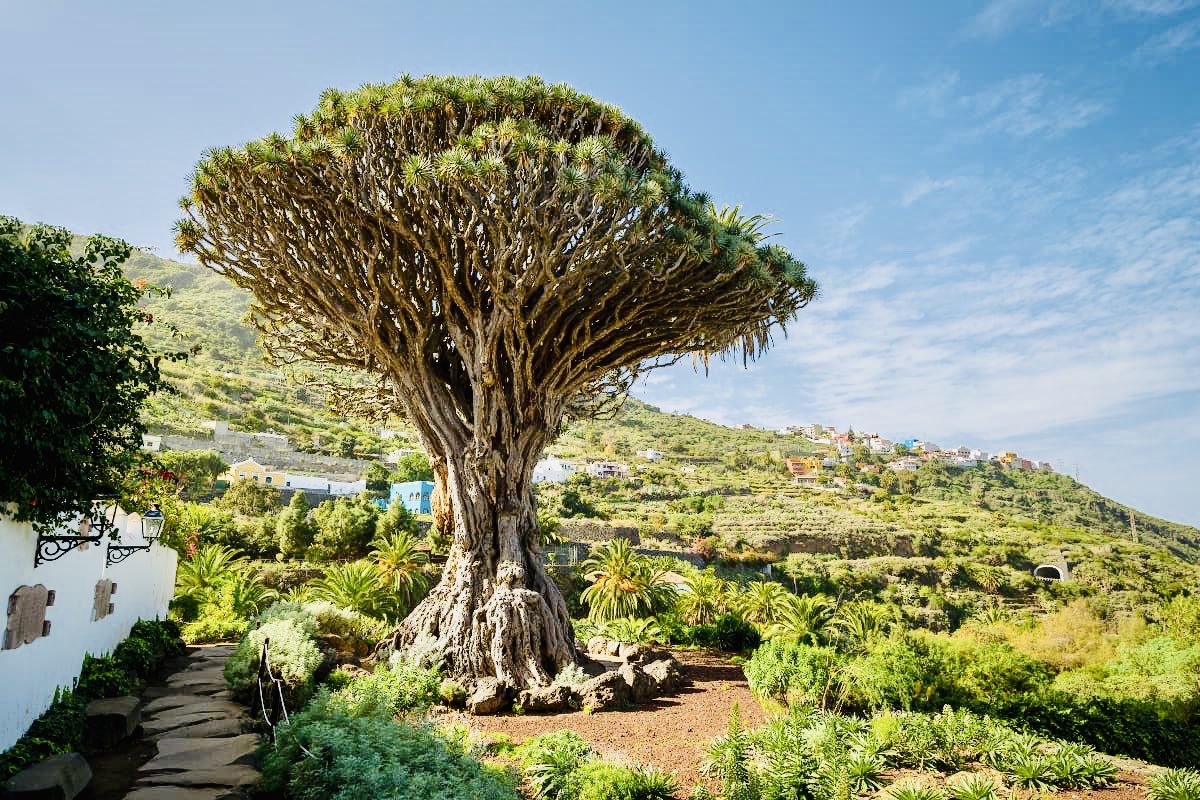 It is one of the most charming villages of Tenerife. It is surrounded by a natural environment with sea and volcanic mountains, which makes it a great location. Among the stone streets we can find great artistic and architectonic richness which includes places such as the Square of Andrés Lorenzo Cáceres or the Church of San Marcos Evangelista.

What really differentiates Icod de Los Vinos is El Drago, a millenary drago which is an authentic vegetable symbol of Tenerife. 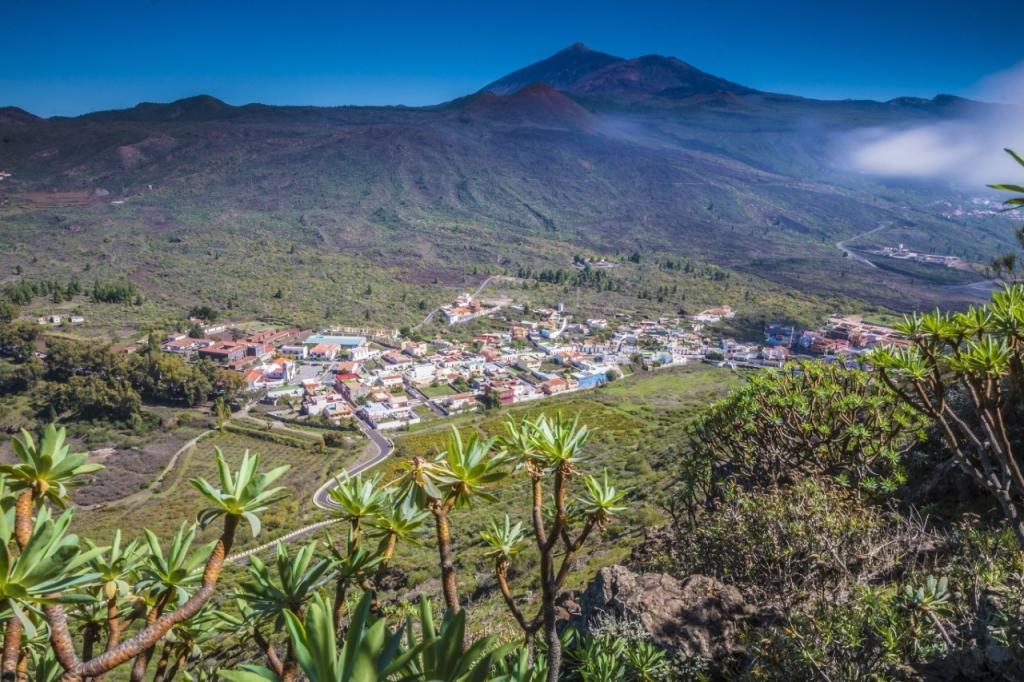 The most definitely needed on this list is Santiago del Teide, a municipality located in the western side of Tenerife. In just a few kilometers it combines an impressive number of natural landscapes of great beauty.

Amongst the most eye-catching scenarios are the Cliffs of Los Gigantes, Arena Beach and Chinyero Volcano which has also the honor of having been the last volcano to erupt in Tenerife in 1909. 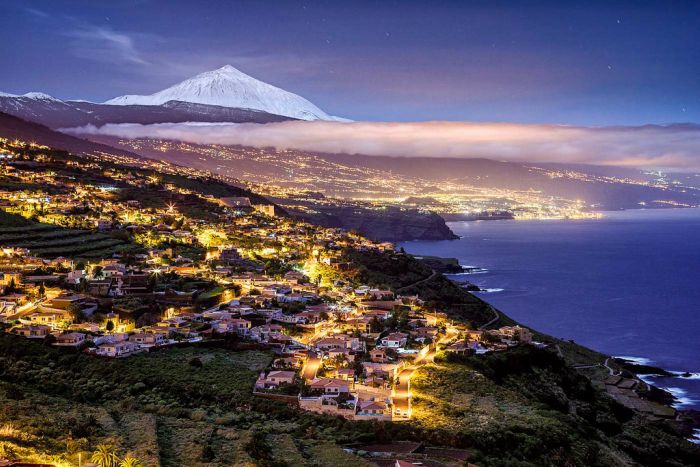 El Sauzal, is a quiet, charming village which offers marvelous views of El Teide and the ocean. There exist wonderful samples of traditional architecture, many of them inhabited and well preserved, which makes them authentic masterpieces from the representative architecture of the Canary Islands.

As the name implies, it is the capital city of Tenerife. It has also been a filming set for numerous national and international productions. For instance, the streets were the filming set for the last movie of the Bourne Saga: Jason Bourne.

There are many places to visit in the biggest city of the island, but we would like to highlight some of them:

Plaza de España is one of the biggest squares in the Archipelago. It was designed a few years ago by architects Jaques Herzog and Pierre Meurone and offers a contemporary touch to this centric meeting point in Tenerife which combines with the main buildings of the city, like the City Hall of Tenerife or the Royal Casino.

It is also worth mentioning the most beautiful park in Tenerife: García Sanabria Park. Apart from the garden areas it includes other monuments such as the Great Clock of Flowers or other sculptures of interest. Nearby we find the Market of Nuestra Señora de África, with a neat neocolonial style and, just a few steps away something totally different: Tenerife Espacio de las Artes (TEA), a building which stands out for its luminosity and modern style recently named as one of the main cultural spaces of the city. 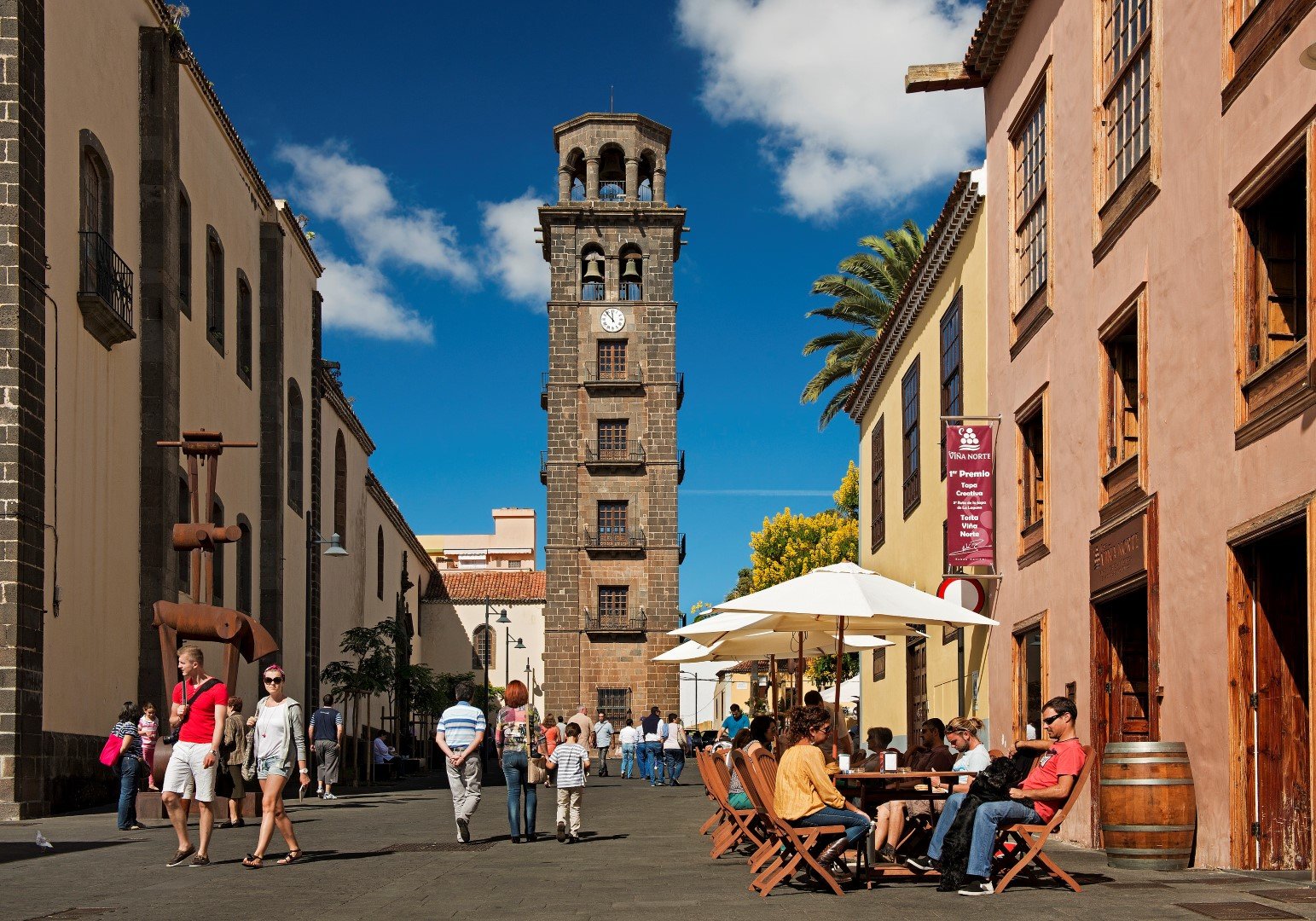 San Cristóbal de la Laguna is the second most populated city in Tenerife and the third of the archipelago. It was declared World Heritage by UNESCO in 1999 for being an example of a non-fortified colonial city. It is also the oldest capital city of Tenerife and it also holds many of the most important religious monuments of the island, such as the cathedral and numerous stately homes.

Those streets have embraced numerous national and international shootings. Among the most recent ones, we find the Netflix blockbuster Sky Rojo.

These are some of the villages and cities and great locations to film in Tenerife your audio-visual production. Would you like to know the best places to film in Gran Canaria? Do not miss out on our blog!